What can go wrong in a Debt Settlement Arrangement?

When you enter into a Debt Settlement Arrangement (DSA), it is not something that should be taken lightly. There are Debt Settlement Arrangements that will not run smoothly. Indeed a number of DSAs are likely to fail in the first two years of their terms, judging by the experience of insolvency practitioners supervising Individual Voluntary Arrangements or IVAs in the jurisdiction of the UK. The DSA is designed broadly along the same lines as the IVA. Even amongst the best firms offering insolvency services, it would not be unusual for 10% of IVAs to fail in the first two years of their supervision. In fact the most recent figures available indicate that

Across the insolvency industry as a whole, the failure rate of IVAs in the UK averaged over 30% up to 2002 and since then it has crept up to at least 36%. These are figures published by The Insolvency Service in the UK.

Extrapolating from those figures, we can expect that in Ireland, there will be a similar level of failure with at least one in every three DSAs failing before their planned term is up. It is likely that the spike in IVA failures in the UK that started in cases commenced in 2003 is hugely attributable to the ongoing recession.

A further factor to be considered is the widely held belief that the DSA regime in Ireland will be stricter than the IVA regime in the UK with creditors being more grasping and seeking to extricate the maximum return from debtors who enter DSAs thus sowing the seeds for future failures of cases where the debtor’s capacity to sustain the DSA over five or six years was tenuous enough to begin with. What is even more worrying is that under the Irish legislation a debtor is allowed to avail of a DSA only once in a lifetime.

A survey of debtors whose IVAs had failed was carried out by The Insolvency Service in the UK in 2008. The top reasons given by debtors for the failure of their IVAs were 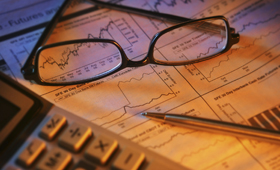 For well constructed and presented Debt Settlement Arrangements, it is reasonable to assume that any failures that occur during the term of supervision will be for much the same reasons, particularly from the point of view of the debtor. The personal insolvency practitioner or PIP who is advising the debtor in the DSA process would do well to consider these factors and as far as possible, to seek to insulate the DSA proposal against the major hazards it is likely to encounter, particularly the major ones, as listed above. Creditors too should refrain from being too ‘greedy’ when considering a debtor’s DSA proposal and should not automatically ‘uplift’ the proposed contributions from the debtor’s income to the extent that the DSA success is fatally compromised from the beginning. Better to allow the debtor a little wriggle room than to punish them with severe terms and conditions.

How can a failing Debt Settlement Arrangement be saved?

The DSA legislation does provide measures for coping with adverse changes to the debtor’s financial circumstances. Where circumstances change to the extent that they negatively affect the debtor’s ability to make the proposed repayments, the debtor needs to inform their PIP immediately. The PIP will advise as to whether it is necessary to apply for a variation to the DSA and if so will prepare a variation proposal and seek creditor approval for the proposed variation.

Again, 65% of creditors, as measured by the value of the debts, will have to approve the variation proposal for it to come into effect. Such a variation proposal could include such measures as giving the debtor a temporary payments holiday of from six months to a year, extending the term of the DSA combined with reduced monthly payment, accepting a somewhat lower return than originally offered in line with reduced income, accepting a lump sum offer (perhaps provided by a relative of the debtor) in full and final settlement of the DSA, even before the expiry of the full term of the DSA.

What can the debtor do to maximize the chances of a successful DSA?

The debtor’s primary task is to contribute the funds they have offered in the DSA proposal in full and on time to their PIP and to comply with the terms of the DSA, including any modifications creditors may have made to the DSA proposal at the meeting of creditors and to which the debtor has already agreed to. The debtor is also obliged to co-operate with their PIP in implementing the DSA and participating in reviews of the DSA, which the PIP will conduct at least annually.

The good behavior of the debtor is fundamental to the success of the DSA. The debtor from the beginning must act in good faith in all dealings with the PIP and make full disclosure to the PIP of all their assets, income and liabilities and of any circumstances that may have a bearing on the DSA. They must comply with any reasonable request from their PIP for assistance, documentation and any other information deemed necessary including debt, employment, business, social welfare or other financial records.

They must not obtain credit of more than €650 from any person without informing that person that they are subject to a DSA. They have a duty not to transfer, lease, grant security over, or otherwise dispose of any interest in property above a prescribed value (this value still to be advised) other than in accordance with the DSA.

They have a duty to inform the PIP if they become aware of any inaccuracy or omission in their application for a DSA or during the subsequent supervision period of the DSA. They have a duty not to pay to creditors any additional payments separate to the DSA in respect of debts covered in the DSA. And finally, they must inform their PIP of any change, for better or for worse in their financial circumstances.