Reasonable Living expenses for a single car owner in debt, in Ireland

The Insolvency Service of Ireland or ISI have published guidelines in regard to reasonable living expenses which insolvent persons will be allowed if they wish to sort out their debt problems by using of one of the three new insolvency solutions which will become available in the next few months in Ireland under the Insolvency Act 2012.

ISI provide a wide range of examples to illustrate how to calculate what will be allowed in various different scenarios depending on the insolvent debtor’s personal circumstances. In our last article we looked at the case of Paddy who was a single PAYE worker renting a modest apartment and living alone. He did not have a car but used public transport for his commuting needs. In the example below, the debtor whom we will call Mary lives in circumstances very similar to Paddy’s except that Mary owns a car which she needs for commuting to work and for her private use. We will assume that Mary complies with all the other eligibility criteria for availing of the debt solution chosen. We will look at what these other eligibility criteria are in a future article. Here we will just concern ourselves with Mary’s income and living expenses. 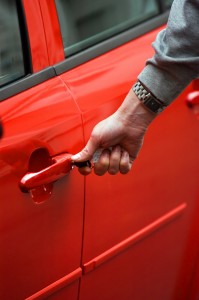 Mary is also a PAYE worker who lives in shared accommodation with several of her friends. Her share of the rent is €500 per month, the same as each of her flat mates, a reasonable amount for the area where she lives. She and her flatmates share all their living expenses on an equal basis. Mary can justify her need for a car because of the poor public transport where she lives and because she works unsocial hours. Mary’s car which she owns outright is worth €1,500. On top of the rent, Mary would be allowed a further €1,030 on which to live. So her total reasonable living costs come to €1,530. To avail of a DRN, Mary’s income would have to be no more than a net €1,590 per month, giving her a disposable income of no more than €60 per month.

If Mary’s disposable monthly income is greater that €60 per month i.e. if she earns in excess of €1,590 per month she might be eligible for a DSA. For example if her take home pay was €2,000 per month, her disposable income would be €470 per month and that is the monthly amount she would have to pay into a DSA, assuming that she was otherwise eligible for a DSA and that her creditors agreed to accept her DSA proposal. Let’s assume that Mary has commitments to her creditors of €650 per month that she is unable to pay on an ongoing basis. She incurred her debts over a ten year period mainly due to the fact that she assisted her now deceased mother during a long illness by taking out a large personal loan and also used her credit cards and store cards to help fund her outgoings. She inherited nothing from her mother’s estate and she has no other assets. She is therefore insolvent. How are Mary’s reasonable living expenses of €1,030 made up?

Mary’s expenses are very similar to Paddy’s. She is allowed €247 for food, the same as Paddy. However for her car expenses, she is allowed a total of €266 including the cost of her car insurance but nothing for public transport which she does not use. She can keep €126 for social inclusion and participation and can spend €57 on home heating and €49 on electricity. She can put €43 aside for savings and contingencies and can spend €43 on communications and a total of €100 on clothing, personal care and health. She is allowed €60 on household goods and household services and that leaves her with €39 for such expenses as home insurance, education and personal costs. Of course Mary doesn’t have to spend the exact amounts allowed on each of the various expenses she incurs. Provided her total expenses other than her rent come to no more than €1,030 per month, Mary has the flexibility to spend her living expenses herself as she sees fit and ISI have no problem with this.

In our next article we will look at the expenses allowed for a household where there is one adult and one or more children but no vehicle, where the adult is insolvent.