Over twenty one months ago now in November 2011, we considered the prospects of having financial solutions available for insolvent Irish citizens. We identified political and systemic lethargy as the enemy of progress but were optimistic that the then relatively new Irish government comprising a coalition of the Fine Gael and Labour parties, which had come to power in March 2011, were about to tackle the personal debt elephant in the room. The EU-IMF troika had demanded the enactment of legislation by the end of the first quarter of 2012. We felt however that it was unclear if anything would be done in the near future. In spite of the sterling work carried out by the Law Reform Commission culminating in the publication in December 2010 of their final report on personal insolvency, it was difficult to identify a new champion for the indebted masses. Time had run out for the Greens and they were ultimately left without a single seat in the new Dail.

The genuine efforts of the unfortunate Greens had fallen on the deaf ears of their senior coalition partner Fianna Fail whose final months and indeed years in office had been wholly taken up dealing with the financial tsunami which engulfed Ireland during that period and whose root cause has been laid largely at the door of Fianna Fail’s own incompetence, to put it mildly. So, providing personal insolvency solutions was as a project parked until the storm abated. This delay was in sharp contrast to the absolute urgency with which the insolvency of the banks was tackled, starting off with the infamous ‘bank guarantee’ in September 2008.

So in November 2011, over three years after the ‘bank guarantee’ we felt that surely now some urgency would be afforded to the passing of personal insolvency legislation. The Law Reform Commission had carried out most of the heavy working and had even published a Draft Insolvency Bill in 2010. As it happens, an insolvency bill with many revisions was finally enacted into law in December 2012 as the Personal Insolvency Act 2012. 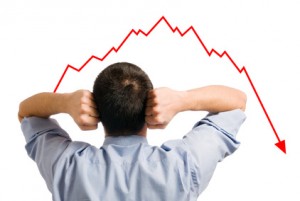 Debtors all over the country held their breath as the light of new personal insolvency solutions began to appear at the end of the long tunnel of financial struggling. The new bill promised so much: a new insolvency service; three new processes for dealing with personal insolvency and some essential reforms of the Bankruptcy Act 1988.

Now in August 2013, we are on the threshold of the new solutions being made available to debtors. The Insolvency Service of Ireland has been set up, the first Personal Insolvency Practitioners or PIPS have been licensed and the three new insolvency solutions are almost finalized and in spite of many warnings that there would be no ‘debt forgiveness’ for debtors, the new solutions do indeed provide for ‘debt forgiveness’ although the use of the term is starkly and seemingly deliberately avoided.

What remains to be done? Well the official Protective Certificate application has still to be published as has the Prescribed Financial Statement and the initial list of Authorized Intermediaries has yet to be revealed. As well as that the changes to the Bankruptcy Act 1988 have also to be commenced. All of these tasks are expected to be carried out in the next month or so and provided the necessary structures such as a commissioned IT service in the Insolvency Service of Ireland is operational, there seems to be no reason why Ireland cannot at last have an up and running personal insolvency system.