Living expenses guide for a family living in Ireland, who cannot pay their debts

The Insolvency Service of Ireland or ISI have published guidelines in regard to reasonable living expenses which insolvent persons will be allowed if they wish to sort out their debt problems by using of one of the three new insolvency solutions which will become available in the next few months in Ireland under the Insolvency Act 2012.

ISI provide a wide range of examples to illustrate how to calculate what will be allowed in various different scenarios depending on the insolvent debtor’s personal circumstances. In previous articles we looked at some examples of a single adult living alone without children. First we looked at Paddy, a single PAYE worker renting a modest apartment and living alone and he did not have a car but used public transport for his commuting needs. Then we looked at Mary who lives in circumstances very similar to Paddy’s except that Mary owns a car which she needs for commuting to work and for her private use. We assumed that both Paddy and Mary complied with all the other eligibility criteria for availing of the debt solution each of them was considering choosing and we looked solely at the reasonable living expenses each of them would be allowed were they to be eligible for a Debt Relief Notice (or DRN) or a Debt Settlement Arrangement (or DSA).

Then we looked at the case of Elizabeth who was a widow with four children, an infant, a toddler, a primary school child and a secondary school child. Elizabeth worked as a nurse and owned a car and we considered her eligibility for a DRN and for a DSA. Her debt levels exceeded €20,000 and so she was ineligible for a DRN. However on income and expenditure grounds she seemed to be eligible for a DSA. Finally we looked at an insolvent couple called John and Kathleen who were both working but had neither a car nor children. Their income and expenditure would make them eligible for a DSA. In all of these examples, we did not look at the other eligibility criteria for a DRN or for a DSA and we will look at what those other eligibility criteria are in a future article. 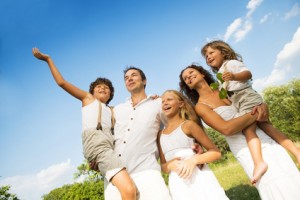 In this article we will look at an insolvent couple who are co-habiting and have three children, a toddler, a primary school child and a secondary school child. They have no car. Let’s call them Brian and Rosemary. They both work in an urban area and rely almost totally on public transport for getting to work and for their other travelling needs and those of their children. Their jobs are very different but their take home pay is very similar. They have a mortgage on their house which they own jointly having paid the original deposit equally together about fifteen years ago and they each pay half the mortgage each month. They are not in arrears with their mortgage payments. The house is worth about €210,000 but the mortgage still outstanding would take €300,000 to clear so they are currently in negative equity of about €90,000.

Brian and Rosemary have built up a high level of unsecured debt mainly due to their very comfortable lifestyle over the last ten years or so. They took at least one annual holiday abroad along with their children and were both very fond of going to horse racing events in Ireland and spent a considerable amount of money betting on races and socialising with friends. Since 2008, due mainly to the recession, both Brian and Rosemary have had their pay cut at work as their employers made cutbacks due to the contracting business environment. They found it difficult to adjust their spending in line with their reduced income and so they compensated by increasing their borrowings. They took out large personal loans on a joint basis from two different lending institutions and they also had a large joint overdraft at their bank. They also maxed out a number of store cards and credit cards, making just the minimum payments each month. They sometimes missed making even the minimum payments, resulting in the balances increasing due to the heavy interest and penalty charges they were incurring.

Realising that they needed to do something about their personal finances, Brian and Rosemary went to see a financial adviser bringing with them the latest statements from their banks and other creditors as well as their mortgage statement and pay-slips. The financial adviser did a quick tot to discover that their unsecured debts amounted to about €45,000. Their unsecured debts also seemed to be increasing month by month. They asked the financial adviser if they might be eligible for one of the new personal insolvency solutions which everybody was talking about and he confirmed that he would check if they qualified on income and expenditure grounds while stating that there were other criteria that might rule out one or more of the new options.

A DRN was ruled out right away because their unsecured debts were much greater than the limit of €20,000 allowed in a DRN. However a DSA might be possible provided that their income and expenditure did not exclude that possibility. Their financial adviser who was becoming familiar with the new Irish insolvency legislation informed them that the various solutions were being rolled out in the next few months but it would be no harm to check what reasonable living expenses Brian and Rosemary would be allowed if they were to seek a DSA and were otherwise eligible for it.

Their total monthly joint food allowance would be €633, comprising €279 for themselves and €354 for their three children, made up of €72 for the toddler, €120 for the primary school child and €162 for the secondary school child.

They would be allowed €262 for public transport expenses, comprising €226 for themselves and €12 for each of their three children.

For social inclusion and participation they would be allowed to keep a total of €311, comprising €158 for themselves and €153 for their three children made up of €10 for the toddler, €50 for the primary school child and €93 for the secondary school child.

Their home heating and electricity allowances would total €184.

They can put aside €144 for savings and contingencies made up of €78 for themselves and €22 for each of their three children.

Their allowance for clothing and personal care would be €296 comprising €133 for themselves and €163 for their three children, made up of €28 for the toddler, €43 for the primary school child and €92 for the secondary school child.

They can spend up to €106 on health expenses comprising €45 on themselves and €61 on their children.

They would be allowed €112 on household goods made up of €70 for themselves and €42 for their children.

Their allowance for communications would be €87 made up of €65 for themselves and €22 for their eldest child.

For household services and home insurance they can spend €55 per month.

Their education and personal costs allowance comes to €109 made up of €12 for themselves and €97 for their two eldest children.

Their total joint allowances on reasonable living expenses therefore come to €2,299. However since they receive child benefit of €390 per month, this has to be deducted from their allowances on the basis that child benefit payments are supposed to go towards costs incurred by children. The ISI also allow an adjustment of €10 per month to be made where there is a third child in the family. This means that the total set costs for Brian and Rosemary come to €1,919 per month, which does not include their mortgage and childcare costs. Mortgage and childcare costs, provided they are deemed reasonable by ISI, their creditors and the Personal Insolvency Practitioner (PIP) they would have to use, would be fully allowable in a DSA.

Of course Brian and Rosemary don’t have to spend the exact amounts allowed on each of the various expense items listed. Provided their total living expenses less their child benefit plus their third child adjustment and excluding their mortgage and childcare costs, come to no more than €1,919 per month, they are allowed the flexibility to spend up to that amount in total on their living expenses themselves as they see fit and ISI have no problem with this. To understand what the various categories of expenditure include and indeed exclude, see our separate article entitled ‘Insolvency & Living Expenses in Ireland’

If we further assume that their net joint incomes total €4,200, then the amount of disposable income they would have available to pay into a DSA would be €600 per month i.e. €4,200 – €3,600. If their DSA lasted for five years or sixty months, they would pay €36,000 into their DSA in total made up of sixty payments of €600. Assuming the costs of the DSA over the five years including the PIP’s fees came to €5,000, then there would be €31,000 available to distribute amongst their unsecured creditors, to whom Brian and Rosemary owe €45,000.

Thus creditors would be repaid almost 69% of their debts or 68.90 cent in the €. The rest of Brian and Rosemary’s unsecured debts would be written off at the end of the term of the DSA i.e. after sixty months, they would not lose their house and they would continue to pay off their mortgage as if the DSA never happened.

This particular example illustrated certain circumstances namely a cohabiting couple with three children of varying ages, a mortgage and no car. The allowable expenses are much the same if the couple have a car instead of using public transport. In fact they would have an allowance to cover the costs of running a car including insurance of about €280 per month i.e. €18 per month more than they would be allowed for using public transport only. Obviously every set of circumstances is different. The number of children that a couple have can vary. They may be renting a house rather than having a mortgage. One of them may be employed and the other not. There may be special circumstances relating to e.g. the health of one of the adults or children which might entail extra living expenses and of course such a circumstance could be catered for in the DSA proposal with reasonable additional specified expenses relating to diet, medication and so on being allowed. The family may have to use a combination of public and private transport for their travelling needs.

In summary then, a financial adviser can check if an insolvent debtor or an insolvent couple may be eligible for a DRN or for a DSA on the grounds of income and expenditure, particularly the latter. Their eligibility on various other grounds will also have to be checked and this is the subject matter of our next article which will be entitled Eligibility Criteria for Availing of new Irish Insolvency Solutions.