Living expenses for a person in debt, with children, living in Ireland

The Insolvency Service of Ireland or ISI have published guidelines in regard to reasonable living expenses which people who cannot pay their debt (insolvent persons) will be allowed if they wish to sort out their debt problems by using of one of the three new insolvency solutions which will become available in the next few months in Ireland under the Insolvency Act 2012.

ISI provides a wide range of examples to illustrate how to calculate what will be allowed in various different scenarios depending on the insolvent debtor’s personal circumstances. In previous articles we looked at several examples of a single insolvent adult living alone without children and of an insolvent co-habiting couple, again without children. We also looked at how the effect of having a car or just using public transport impacted on the calculation of reasonable living expenses in various scenarios. 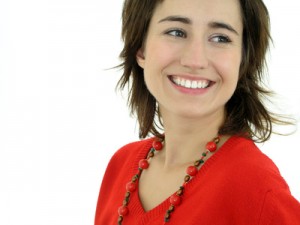 Here in this example, we are going to look at the case of a single adult with three children. Elizabeth is a widow who has struggled to raise her children on her own since her husband died over a year ago and she now believes that she is insolvent and wishes to see if she can avail of one of the new insolvency solutions just being introduced in Ireland. She would like to pay back as much of her debt as she can to her creditors but she wants to make sure that she will be able to support herself and her children and to live in some modest comfort. She works as a nurse in her local hospital.

Elizabeth has four children living with her comprising an infant aged one year, a pre-school child aged three years, a primary school child aged seven years and a secondary school child aged fourteen years. She owns her own house but the mortgage exceeds the value of the house leaving her in negative equity. She owns a small family car outright but it is now over six years old and worth only €3,000 or so. Her monthly mortgage payment is €800 and her childcare cost comes to only €400 per month, mainly because her elderly parents sometimes help out when they can and they do not look for any payment for their services.

Elizabeth’s debts were already substantial when her husband died as he had been ill for several years before that and her financial circumstances deteriorated further after his death. Unfortunately they had let their mortgage protection insurance lapse so she found that she was still liable for all the mortgage payments after her husband died. Her unsecured debts amount to €35,000 made up of a bank overdraft of €6,000, a personal loan of €10,000, a store card of €3,000 and two credit cards with balances of about €8,000 overdue on each of them. She has been struggling to make even the minimum payments on the cards in recent months so the balances are going up every month due to interest and penalties.

Because her debts exceed €20,000, Elizabeth is aware that she will be ineligible for a Debt Relief Notice or DRN. However she hopes that she may be eligible for a Debt Settlement Arrangement or DSA. She hopes that she will be able to comply with all the other eligibility criteria for a DSA but she first wants to see if she will be able to support herself and her family in such an arrangement and what the living allowances will really be. In a future article, we will look at what the other eligibility criteria are for availing of a DRN, a DSA or a Personal Insolvency Arrangement or PIA.

For clarity in this example of allowable expenses, we are rounding the amounts available to spend up and down to the nearest €.

Elizabeth’s biggest household expense is Food and she is pleased to learn that she will be allowed €828 per month made up of €219 for herself, €133 for her infant, €103 for her toddler, €160 for her primary school child and €213 for her eldest child.

Running her car is a big expense item and Elizabeth will be allowed €253 for this purpose plus a further €28 per month for car insurance making her Private Transport allowance a total of €280 per month.

Home Heating and Electricity is another expensive cost on Elizabeth and the combined allowance for these items comes to a total of €150 per month, including a small additional allowance for her infant.

Clothing and Personal Care for Elizabeth and her children is another high cost item and she is allowed up to €349 per month. This comprises €67 for herself, €120 for her infant, €28 for her toddler, €42 for her primary school child and €92 for her oldest child.

With such a relatively large family, Elizabeth’s spend on Household Goods and Services is also high and she is allowed €184 per month for this expense, made up of €94 for herself and €90 for her family.

To allow for the cost of visits to the GP, optician and dentist and for the purchase of small items such as plasters, antiseptic and over the counter medicines, Elizabeth is allowed a Health budget of €124 per month, comprised of €28 for herself and €96 for her children.

The expense category of Social Inclusion and Participation covers sports activities and social events such as visits to the cinema but does not factor in the cost of a holiday. Elizabeth is allowed €260 per month for this expense comprising €99 for herself and €161 for her children.

The heading of Communications covers items such as telephone and basic internet and here Elizabeth may spend €65 per month comprising €43 for herself and €22 for her eldest child.

Uniforms, books and stationary as well as adult education are lumped together under the heading of Education and Elizabeth may spend €106 per month on these items made up of €12 on herself and €94 on her two eldest children.

To save for a rainy day and to allow for emergencies a category of Savings and Contingencies is provided and Elizabeth may put aside €148 per month for these purposes, made up of €60 for herself and about €22 for each of her four children.

The only other substantial expense category is Home Insurance and the allowance here is €18 per month. If we add in the tiny category of Personal Costs the total allowances for both these categories comes to €22 per month.

So how much in total can Elizabeth include in her expenses? Adding up the amounts detailed above gives us a total of €2,516 per month. However, since Elizabeth gets child benefit each month for her children and since that money is supposed to be spent on the children, we must reduce the total allowances by the amount that Elizabeth may claim in respect of child benefit for her four children and allow for any other adjustments which the ISI may permit for a single parent family with four children. The ISI provides the figures for the total adjustments to be made in this case and that works out at minus €467. Thus Elizabeth’s total ‘Set Costs’ excluding mortgage and childcare costs come to €2,049 per month.

To calculate Elizabeth’s Total Outgoings we must add the cost of Childcare and of her Mortgage to her Set Costs i.e. €400 + €800 + €2,049 = €3,249. At this point we compare Elizabeth’s outgoings to her net take home pay. Her net income works out at €3,600 per month so that leaves her with a disposable income of €351 per month which is the amount she will have to contribute if her DSA proposal is accepted by her creditors. In all, over a five years DSA she will contribute 60 x €351 = €21,060. Assuming the fees and costs of the DSA come to €5,000, there will be €16,060 available to distribute to her creditors, to whom she owes €35,000. Thus creditors will be repaid almost 46% of the monies that Elizabeth owes to them or 45.9 cent in the Euro. After the five years of her DSA have passed and if Elizabeth has complied with the terms and conditions of her DSA, the balance of her debts will be written off and she will be debt free.

In regard to Elizabeth’s set costs, she does not have to adhere to the exact amount allowed in each category but provided her spending does not in total exceed the guidelines, she is allowed the discretion to spend her money as she sees fit and ISI have no problem with this. In other words, if she can make a saving under one or more headings, she can overspend her ‘budget’ under other headings. To understand what the various categories of expenditure include and indeed exclude, see our separate article entitled ‘Insolvency & Living Expenses in Ireland’

In our next article, we will look at a different scenario where there are children in the household and two insolvent cohabiting adults, either with or without a car.