A Day in the life of a PIP

What is a Personal Insolvency Practitioner or PIP?

PIP is short for Personal Insolvency Practitioner; a specialist on debt matters and who can act for you if you are insolvent (unable to pay your debt) and wish to offer a proposal to your creditors for either a Debt Settlement Arrangement or DSA or for a Personal Insolvency Arrangement or PIA under the Personal Insolvency Act 2012 which was passed into law in Ireland at the end of 2012. You cannot avail of either of these two insolvency solutions without engaging the services of a PIP. The Insolvency Service of Ireland or ISI has now licensed about ninety PIPs all over Ireland with new PIPs being licensed regularly.

What does a PIP do?

In broad terms, a PIP advises and guides the insolvent debtor in relation to the various personal insolvency solutions that are now enshrined in law which include the DSA and PIA mentioned above as well as the Debt Relief Notice or DRN and the last resort of bankruptcy. Ultimately it is the debtor who decides which solution if any to opt for and the PIP must decide whether he or she will act on the debtor’s behalf.

When a debtor first makes contact, staff experienced in insolvency matters, seek to quickly determine the debtor’s assets, liabilities, income and expenditure in order to conclude if the debtor is eligible for any of the arrangements, DSA, PIA, DRN or bankruptcy. If eligible for a DSA or a PIA, the process moves on quickly to the next stage and an initial meeting between the debtor and the PIP is set up. 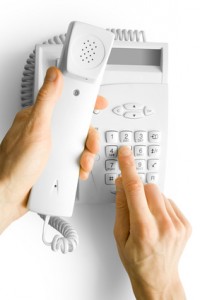 Detailed discussions ensue regarding the debtor’s statement of affairs. Investigations commence regarding assets, potential assets, reversible transactions, extent of secured and unsecured liabilities contingent and/or proved, the level of engagement with creditors to date under MARP or other means, income and potential increases in income and expenditure on living expenses. At this point the ISI guidelines are explained and advice on budgeting is provided. The options available are clearly explained as are the implications for the debtor and for creditors of a particular formal insolvency arrangement being pursued. Emphasis is laid on the importance of the need for the debtor’s engagement with creditors to ensure that it does not become a barrier to creditors accepting any proposal put forward. A broad description of the likely arrangement to be proposed is outlined, whether income or asset based or a combination of both, the likely fees involved and the likely outcome for both the debtor and creditors is projected, should the arrangement be ultimately accepted by creditors.

Appointment of the PIP

The debtor may at this point terminate discussions and walk away or decide to appoint the PIP to act, such appointment to be in writing.

Preparation of the Prescribed Financial Statement or PFS

The debtor with the assistance of the PIP completes the PFS and documentary evidence to substantiate the PFS is assembled. The PIP makes a statement about the PFS and a statutory declaration is made regarding the PFS being complete and accurate, witnessed by a Commissioner for Oaths, a practicing solicitor or a Notary Public.

Application to Insolvency Service of Ireland or ISI and the Court

The PIP submits an application for a Protective Certificate or PC to The ISI and if satisfied, it is forwarded to the court. If granted the PC is registered and the debtor’s seventy days of protection from creditors’ legal and other enforcement actions commences.

The PIP informs each creditor listed on the PC and enters into discussions with each class of creditor regarding how they wish to be dealt with. This process will form the basis of the debtor’s proposal as creditors’ responses may radically alter the initial course of action intended by the PIP.

Documents are prepared for the engagement with creditors modeling the likely outcomes based on the debtor’s asset profile and repayment capacity. The PIP has discussions with creditors so as to verify any of the information provided. A draft proposal is drawn up taking into account the responses from creditors and the debtor’s suggestions for dealing with these. The proposal may of course fail at this point if the debtor or creditors are not in a position to proceed. Assuming debtor and creditors are willing to proceed, the process continues.

Meeting of Creditors or MOC

The PIP convenes an MOC, furnishing each creditor with the debtor’s final proposal and all relevant documentation and giving adequate notice in accordance with law. Creditors vote on the proposal and the debtor must accept and approve any modifications to the proposal in writing for the process to continue. The PIP reports the outcome of the MOC in writing to creditors and furnishes details of any approved changes to the proposal and the voting details. If no creditor submits an objection within fourteen days, the court formally approves the arrangement.

Supervision of the Arrangement

The PIP’s post approval duties are extensive with a high level of oversight and administration. Payments from the debtor are set up and payments of fees and creditor dividends are administered as per the approved arrangement. The operation of the arrangement is reviewed regularly and reports issued to creditors at least annually. If the arrangement needs to be significantly varied due to changes in the debtor’s financial circumstances then the PIP will convene further MOCs and report the outcome to the debtor, creditors, the ISI and the court.

Completion of the Arrangement

On successful completion of the arrangement, the PIP reports to the ISI, the creditors and the debtor that all terms have been complied with and all dividends to creditors have been distributed. The debtor is now debt free and can commence repairing his or her credit file and resume normal financial activities.

I work at National Debt Relief; a well established debt help company. I have had various roles throughout the company which has allowed me to enhance and develop my knowledge on Debt Solutions, legislation and other areas of the Financial Industry in both the UK and Ireland. I currently write for the National Debt Relief website, as well as other websites. I have written 100's of articles relating to different topics on debt.
View all posts by Paddy Byrne →
This entry was posted in Personal Insolvency, Personal Insolvency Practitioner, PIP and tagged debt, Personal Insolvency Practitioner, PIP. Bookmark the permalink.